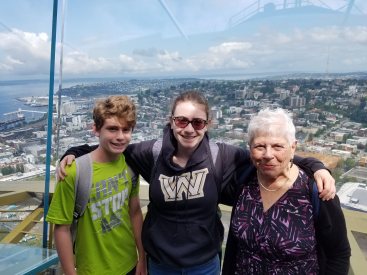 The Psalmist teaches: “…the span of our life…given strength is eighty years…they pass by quickly.”  (Psalms 90:10)

Some wise people interpret this as the strength that may go beyond physical vigor. As many of you know, that’s not a problem for me, yet. So while I’m able I’ve composed this inane list for myself as I celebrate enty into my eightieth year of life. (FYI-I turned 79 on September 18.) I continue to dream, write, read, and remain feisty.

I hope you will help in this quest or pass it on to others who can assist and if I don’t do it all, at least I can dream and fantasize.

NRDC works to safeguard the earth—its people, its plants and animals, and the natural systems on which all life depends.

I encourage you to make donations to the National Defense Fund in amounts of 8: eight cents, eighty cents, eight dollars, eighty dollars, etc. Be sure to let them know to acknowledge me, so I can thank you properly.

Visits to the following states (stay at least two nights)

Some more National Parks, (providing they are still there), Monuments, Presidential libraries and miscellaneous things